Iseli Rudolf James Maitland (“James”) and How Soo Feng (“How”), both former directors of the Singapore-registered gold investment company The Gold Label Pte Ltd (“The Gold Label”), were convicted after 29 days of trial on one count of fraudulent trading under Section 340(1) read with Section 340(5) of the Companies Act (“CA”).

Between 2009 and 2011, The Gold Label operated a gold buyback company. In contracts lasting three or six months, the business offered gold bars to its customers at a premium of more than 20% above current gold market prices. Customers were promised assured returns of up to 24% per year in exchange. Customers could sell the gold bars back to The Gold Label at the same amount they had paid for them at the conclusion of their contract time. This effectively allowed clients to reclaim their whole initial investment while still earning guaranteed returns, presenting the appearance of a risk-free investment with attractive returns.

During its operation, The Gold Label drew over 2,000 consumers and generated around S$150 million in sales.

However, The Gold Label lacked both a profitable business and a sustainable way to meet its payment and buyback obligations to its clients. Instead, the corporation relied exclusively on fresh sales proceeds from succeeding consumers to fulfill the older customers’ liabilities.

The Gold Label filed for bankruptcy in October of 2010. By that time, The Gold Label’s payout and buyback obligations to its clients had surpassed S$85 million. James and How were the Managing Director and Chief Executive Officer of The Gold Label respectively.

At trial, the duo’s main defense was that The Gold Label had a “formula” that could generate sufficient profits for the company to honor its obligations. The court however found that no such “formula” existed and that the duo knew this to be the case from the start.

James and How received prison terms of three years and ten months, respectively, for knowingly participating in The Gold Label’s commercial operation with the intent to commit fraud.

Wong was previously sentenced to two years and ten months in jail after entering a guilty plea to one count of violating Section 340(1) read with Section 340(5) of the CA. As part of the sentencing process, a separate charge under Section 103(5)(c) of the Criminal Procedure Code was taken into account because Wong fled to Malaysia while out on court bail and during the course of legal proceedings against him.

On October 20, 2021, he was apprehended in Malaysia with the help of the Royal Malaysia Police and turned over to the Singapore Police Force.

Public members are urged to use caution while interacting with investment offers. Ask, Check, and Confirm should always be done before making an investment: 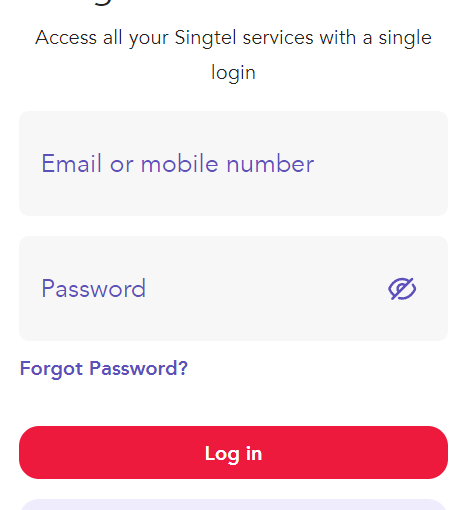 Visit the https://www.singtel.com/personal/my-account/ Select onepass and singpass. Enter your email id and phone number. Enter your password. Click the login.